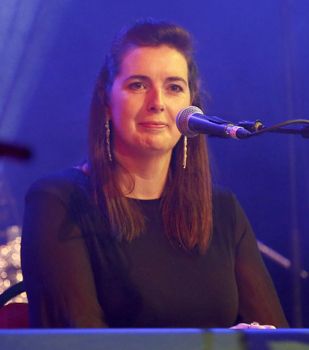 Rachel was brought up in the small village of Kinlochewe in Wester Ross. There she was encouraged by her school-teacher to compete at local Mòds and perform at local cèilidhs, and with regular attendance of Fèis Rois, she soon fell in love with the songs, language and culture of the Gael.

After studying classical music at Napier, Rachel was accepted onto the first year of the BA Scottish Music course at the Royal Conservatoire of Scotland. Since then, Rachel has performed extensively throughout Scotland and further afield. She has recorded three solo albums, and has added her voice to many other recordings.

As a composer, Rachel has been commissioned to compose for organisations such as Scotland Sings and SNH, and her work has been showcased at festivals such as the Royal National Mòd and Celtic Connections. Her song-writing has earned critical acclaim, with her song Fada Bhuam chosen to represent Scotland at the Liet international song contest, and her recent single Arms of the Ocean reached number 1 in the World Music download chart.