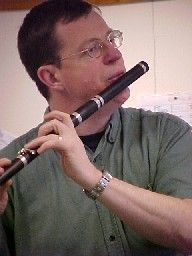 Dougie started piping at primary school in Barrhead, where his head teacher was Iain MacFadyen's brother John. After a successful career in junior competition, he became involved in the traditional music scene in 1979 when he joined the Glasgow band Kentigern. This led to a 7 year stretch with leading traditional group Battlefield Band, during which time he expanded his instrumental abilities to include whistle, flute, saxophone and percussion. Dougie left the band in 1990 and spent the 1990s learning how to teach and playing on other people's albums. He worked at various times for the National Piping Centre, the Royal Scottish Academy of Music and Drama, and the Easterhouse Arts Project, and the Fèis movement, and on other projects throughout Scotland. He was appointed the first Director of the National Centre of Excellence in Traditional Music in May 2000.
SUPPORT US      FAQ      VIDEO
Call us 01599 544706
Apply form
HMIe Report
Accordion
Bagpipe
Clàrsach
Fiddle
Guitar
Piano
Gaelic Song
Cello
Scots Song
Flute and whistle
Development Programme
Welcome from the Director
Centre Background
Staff
Curriculum
The Pupil Residence
Plockton High School
FAQ
S6 Course
Audition Process
Drums