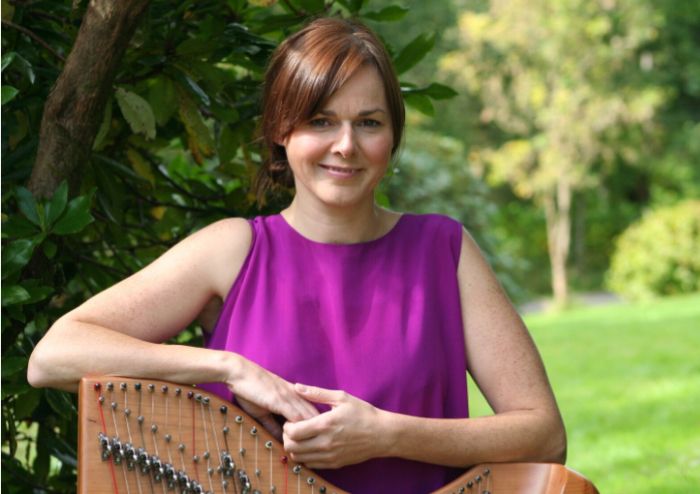 Ingrid Henderson lives in Glenfinnan, at the head of Loch Shiel. Being born and brought up in Lochaber, she was lucky enough to be surrounded by traditional music since birth. With early guidance from music tutors such as Savourna Stevenson, Angus Grant and strong family influences, she began performing, touring and recording at a young age.

Winning the 1990 BBC Radio 2 Young Tradition Award at thirteen resulted in world-wide performance opportunities including the Vancouver Folk Festival, Lorient in Brittany, and Dranouter, in Belgium. Solo work turned into more collaborative projects firstly working with her brother Allan, (Blazin Fiddles) to produce a number of albums and in more recent times with Gaelic band Cliar, and in a duo with Skye-based singer Anne Martin. She has also performed live and recorded with many other great artists such as Margaret Stewart, Julie Fowlis, Altan, Iain MacDonald, Daimh and Mary Smith.

As well as performance and recording work she is involved in other aspects of the Gaelic arts field such as composing for television, musical direction and developing youth arts provision within my home area of Lochaber. She released her first solo album 'The Little Beauty in 2005 on Old Laundry Productions, the record label and studio she runs with her husband Iain MacFarlane.

As though it were needed, here is proof that Ingrid is a musician of quite outstanding calibre, a virtuoso in terms of sensibility. Peter Urpeth

Ingrid has compiled an understated but beautiful album which impresses through its gentleness and simplicity. Her delicate harp playing is the defining characteristic... Living Tradition Magazine