The Centre is part of the Highland Councils Education, Culture and Sport Service and operates in accordance with the education policies of national government and the local authority. The Director is line managed through the ECS service and is supported by a Steering Group consisting of Council education specialists. 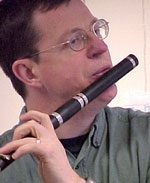 Dougies musical career started with piping lessons at primary school from John Garroway, and continued with lessons at the College of Piping with Angus J. MacLellan and privately with Duncan Johnstone. After a successful career in junior piping competitions, Dougie became involved in the folk music scene in 1979 when he joined the Glasgow band Kentigern. At the same time, he became involved in the Irish music community in Glasgow through his friendship with the great fiddler Jimmy McHugh and his family. In the mid-1990s, Dougie was involved as a tutor in the early days of the B.A. (Scottish Music) course at the RSAMD, and at the National Piping Centre, eventually becoming a staff instructor there. Dougie was appointed the first Director of the National Centre of Excellence in Traditional Music in May 2000. 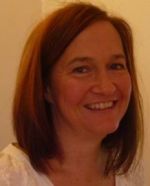 Rhona joined the Centre staff full-time in August 2010. Her background includes working for Scottish Opera, initially in Press and Publicity, then later in a second stint in fundraising and sponsorship, organising corporate events. She was involved in the early stages of development of the globally renowned Tramway in the South Side of Glasgow, a cutting-edge venue that showcases contemporary visual and performing art. Rhona was central to the development of Tramway's education programme.


The Director and his staff have been a great source of support to me, and I really appreciate it.
S6 student